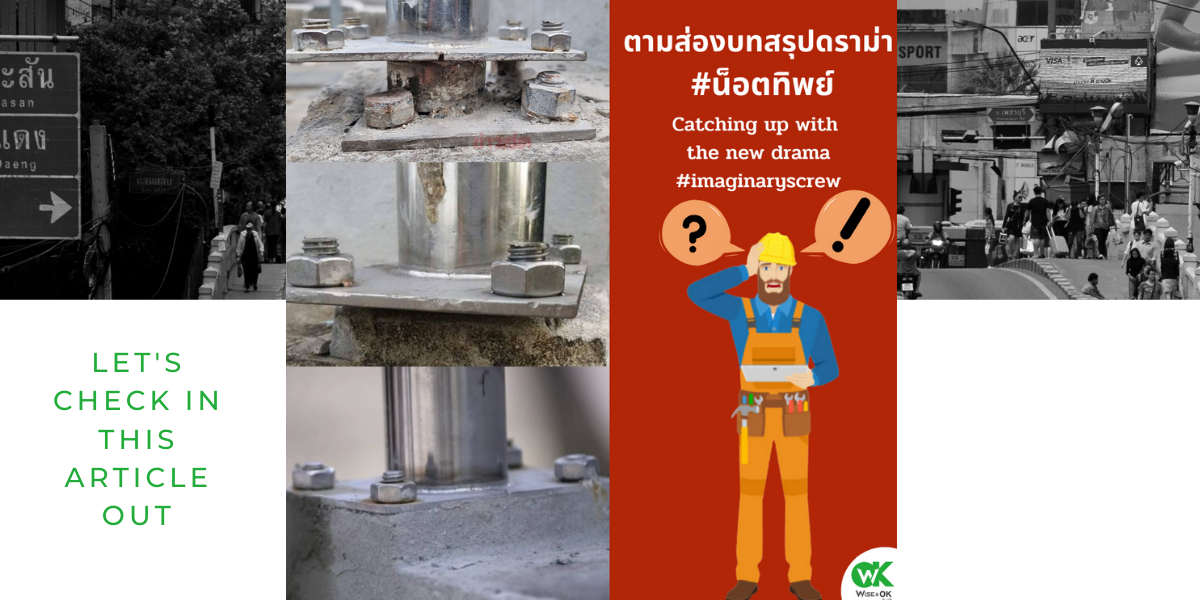 Catching up with the new drama #Imaginaryscrew

Recently, on social media worlds, they shared a picture of #Imagianryscrew, located in front of Phra Mae Sakon Songkhro School, Phimonrat Subdistrict, Bang Bua Thong District, Nonthaburi Province. Which imaginary screw doesn’t hold onto the bridge’s cement steps as it should but floating. This picture has caused a lot of concerns about the safety of the viewers and netizens. In addition, society has questioned the standard of building overpasses in Thailand as well. However, the hot issue has come to a conclusion, which may be the best solution for all stakeholders.

Imaginary screw photos became a starting point for netizens to criticize. Including many constructions, experts came out to express their opinions and analyze the problem. Which the contractor has come out to clarify that the Imaginary screw above in the picture was made just for beauty but will make corrections for the peace of mind of all parties. The Nonthaburi Highway District have visited the area to inspect and ordered to bring cement to wave all the points that are Imaginary screw. However, plastering is not the end of this problem. Many residents also view that it does not strengthen the structure of the stairs because it is only a cover-up. So, the Nonthaburi Highway District had the contractor make corrections to meet the standards and follow the agreed form within the specified period If not, they will be fined. Initially, it was found that the contractor’s side had already been fined about 2 hundred thousand baht because they could not deliver on time. In the meantime, people continued to criticize. Until on June 30, the news came out that the overpass contractor ordered the technicians to remove the steel plates and screw attached to the column base. After the construction did not go as prescribed with the Nonthaburi Highway District. After this, those involved in the matter must reassure the public that the overpass is safe and meets the required standards.

The Thai overpass standard problem is a problem that occurs almost every year. It demonstrates that the construction errors and checking by the relevant parties, It also shows the quality of life of Thai people who are constantly dealing with dangerous risks. It should be better if the state improves existing utilities in society for a better quality of life for all Thai people. If neither the overpass nor the crosswalk can make Thai people use it safely. It would be a tragic thing that the state has given us just as much quality of life.