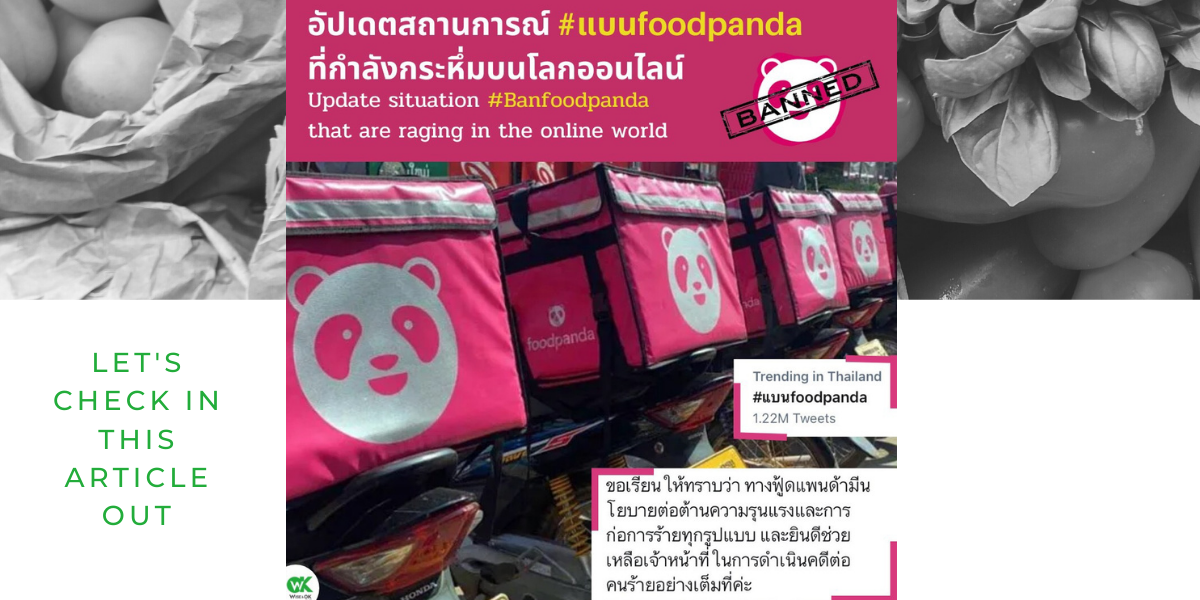 that are raging in the online world

Yesterday, in addition to the protests of democracy advocate groups, On the internet, there is still an issue that has caused many people to be upset and angry at the same time. An admin of the famous Food Delivery company foodpanda responded to a Twitter user who posted a video clip of one of the protesters in #Mob on July 18. Which is the clip the participant rode a motorcycle with a foodpanda symbol on the back of the bike to join the protest. Foodpanda’s admins responded that they would speed up the company’s toughest rules by giving up the status of being an employee immediately and also informed that the company has a policy against all forms of violence and terrorism. And willing to fully assist the authorities in prosecuting the criminals. The fact that the admin accused the participants of the protest in the clip as ‘villains’ caused dissatisfaction with many people, causing the trend of #banfoodpanda to get to the top trending on Twitter.

It is undeniable that customers who are the new generation are considered another important part of this business. If this customer base disappears It would be a problem and a difficult problem that the company must find a way to deal with and fix before it’s too late. On the other side, the store that is a partner with foodpanda has started to withdraw from the application to show that they are against the action of foodpanda admin. This movement has been heating up for both consumers and participating outlets so far.

But one of the most sympathetic groups in this situation would probably be ‘Rider’, who had to be affected by this incident. Some riders came out to express their concerns and some have decided to resign to express their clear stance that they disagree with the actions of foodpanda admins. Foodpanda has now apologized through its Facebook page and the company will investigate the matter. After this, we have to see how the companies that are partners with foodpanda will behave, to agree or disagree with the action that took place.

It can be said that this incident is an important lesson that many brands should learn before deciding what to do. Because if the employee judgment is not thorough It can bring invaluable damage and it may be difficult to restore the reputation.