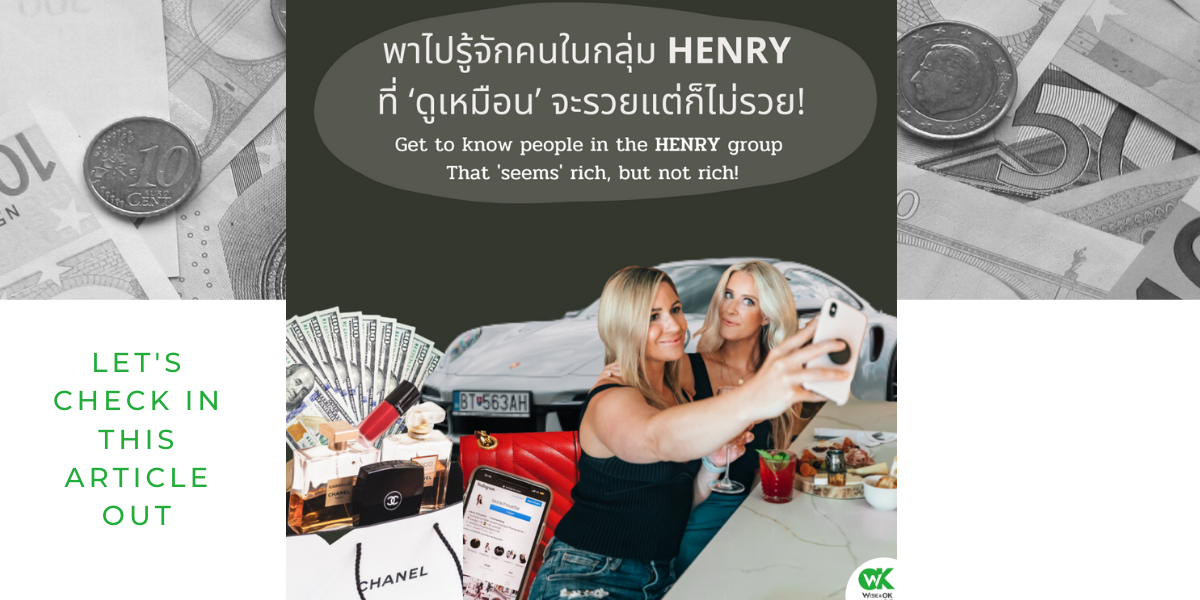 Get to know people in the HENRY group that ‘seems’ rich, but not rich!

Henry is an abbreviation for “HIGH EARNER NOT RICH YET,” which describes a group of high-income people with no family. In addition, this group of people mostly spend their money on a luxurious lifestyle, such as traveling to a luxury hotel or staying in a 5-star hotel using brand-name products. The outside image of these groups of people is that they are rich and perfect, but it is just the appearance that the people in the Henry group want others to see. Another aspect of this group that others can’t see is that they have little savings or save very little. Partly because they have spent their money on lavish expenditures. However, the thing that will keep the Henry group looks rich is because they have a regular job. If there is no job they will not have enough income to continue living a luxurious life.

At this point, if you start to think of yourself as one of the folks who share the same behavior as the Henry group, don’t be complacent! Hurry and modify yourself from today. Because otherwise, you will have trouble in retirement due to unemployment. Plus not having enough savings until then, everything will be too late. So the best way to cope right now is to start saving. So that you won’t have trouble in the future.