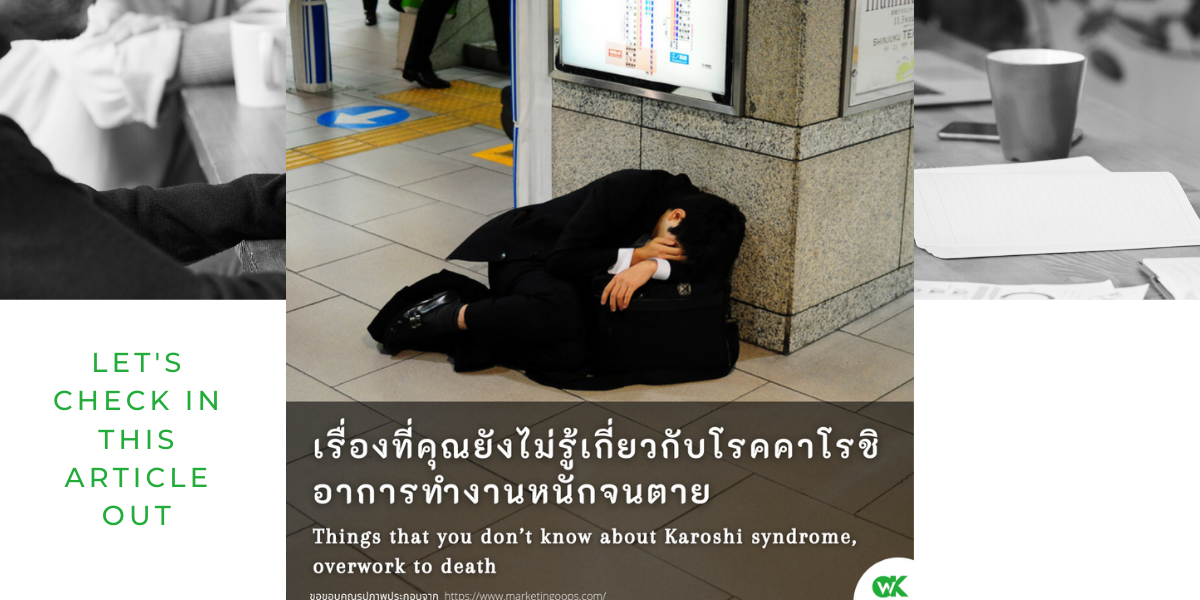 Things that you don’t know about Karoshi syndrome, overwork to death

If you are a person who spends most of your time working, we would like you to read this article before it is too late! Although being devoted to the job is good both for yourself and the organization. But do you know that if you work too hard you could have Karoshi syndrome? The severity of this syndrome has killed many working-age people.

Karoshi syndrome or overworking to death it’s originated from Japan and was talked about in the year 1970s. Which was the economic revival after World War 2 ended. During that time Japanese people devoted themselves to their jobs to build the nation and drive the domestic economy. And Japanese people saw that devoting themselves to the job and they will receive good feedback is considered to create value for them. So, in the end, working hard turns in to a ‘value’ that many Japanese people practice until this day. South China Morning Post reported that in the year 2017 the Japanese government stated that more than 191 people died from overworking

The cause of death from Karoshi came from 2 reasons. The first reason is sick to death because of working too hard which cause disease such as heart failure. Second is suicide because of stress from overworking and could not achieve the goal that they have set and they feel that life is a failure. As a result of devoted to the value too much.

However, Karoshi is not only common to Japanese people but no matter what country you are from but if you have a habit of working too hard you can have karoshi as well. If you want to know if you have karoshi or not try to examine yourself by checking your emotion example as do you get angry easily? do you use emotion in your work too much? or dedicate too much to your job and not care about other people? So, the best way to prevent getting karoshi is to spare some free time for yourself to rest. If you ever feel stress you should find an activity to do such as watching a movie or listening to music or go out with family or friends.

Overworking is more harmful than you think. Besides harming your health it’s also hurt people around you. Don’t forget that if something happens to you the company can always replace you but with your loved ones, no one can replace you.

Thank you for the information from

An American Youtuber killing his girlfriend and how to watch out for the signs of Toxic Relationship before is too late!
September 24, 2021

Pros and cons of Remote Working  A new trend of working during the covid era
September 22, 2021

Things you should be aware of from hashtags #Suicide terrorism that the Japanese embassy issued a warning!
September 17, 2021

Get to know Nomikai, the culture of drinking after work from Japan, that’s not just a casual gathering!
September 15, 2021

It doesn’t end well! Thammanat resigned and separated from PM What will the political future be like? The most intense doubts that netizens are talking about right now!
September 10, 2021

Nong Gina, a 1-year-old girl disappears in mystery with an assumption of being kidnap!
September 10, 2021
LATEST ARTICLES
CONDO LISTING
Go to Top